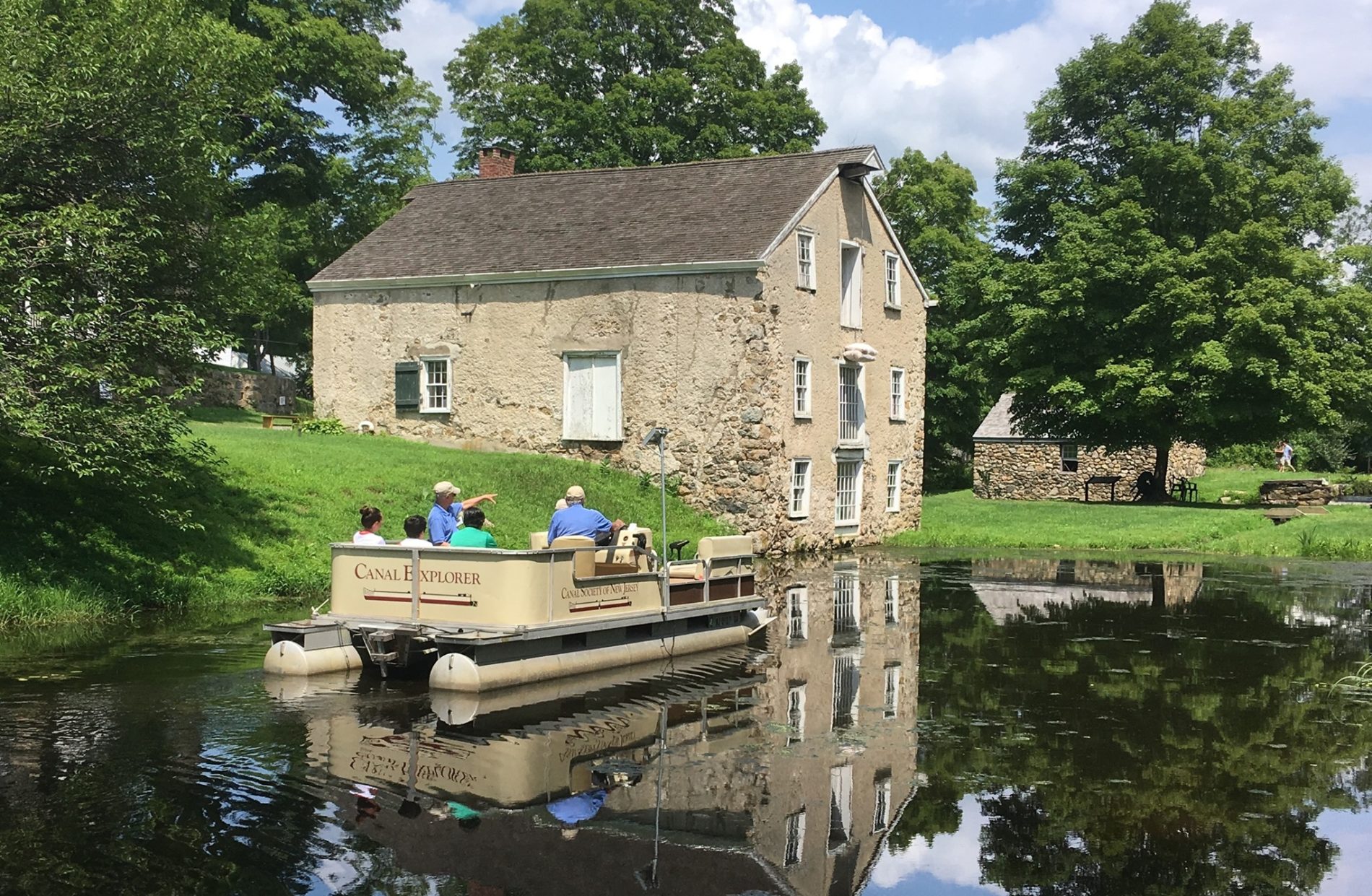 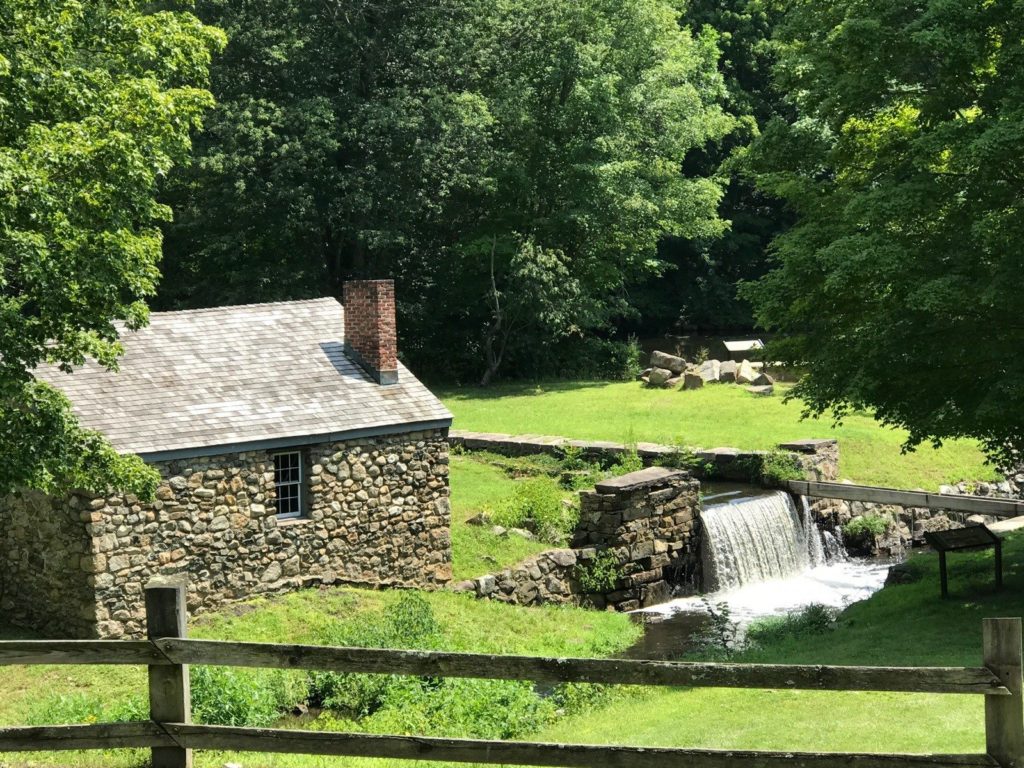 Have you ever wondered what it was like to live in the 1800’s? Thanks to the Waterloo Village Historic Site in Stanhope, NJ, you don’t have to wonder. This 19th century canal village, listed on the national and state historical registries, has been beautifully restored giving visitors a chance to see what life was like back then.

Beautifully situated amid the timbered hills of northwest NJ, the village was home to the Lenape Indians, one of the most advanced and civilized in the eastern US. The natives made use of the area’s natural resources and waterways. Their culture flourished until the first European fur traders arrived sometime in the mid-1600s. During the Revolutionary War, the area became known as Andover Forge, where high-quality iron was produced. Then, in the 1800’s the town was settled as a bustling port town because of its convenient location between Jersey City and Phillipsburg, NJ, along the 102-mile Morris Canal. Opened in 1831, the canal was often used by barges to transport anthracite coal from Pennsylvania. The canal traffic slowed after railroads became popular, which led to the decline of Waterloo Village. By the time of the Great Depression, the original settlers had abandoned the village. However, thanks to opportunistic hobos who used the town to jump on and off boxcars as they passed through, the Village remained somewhat intact until others took more interest.

Fast forward to today, the State of NJ, with the support of the Friends of Waterloo Village (FOWV), has spent a great deal of time and money to restore this village to its historical roots. The restored buildings include a general store, a blacksmith shop, an inn, a watermill, a church, and other structures needed to run a canal operation. Waterloo Village staff roam about the village in period costumes to reenact, interpret, and explain Waterloo’s background and history. Located about an hour’s drive from New York, this historic site provides a relaxing and educational place to visit. There is ample space to plan a picnic under a shade tree, and during the summer months, this site plays host to diverse cultural and music programs, and much-anticipated annual events.

In addition to programs for school groups during the week, Native American and Woodland enthusiasts can also see this Lenape Indian Village come alive through exciting exhibit displays and interactive programs. Call (862) 266-3979 or visit Winakung at Waterloo for details.

Have you visited this fascinating historic village before? Tell us what you enjoyed most during your visit.

Be sure to book your stay at The Whistling Swan Inn in Stanhope, NJ, located just ten minutes from Waterloo Village. Before you head out for the day, enjoy a sumptuous full buffet breakfast. Upon your return, enjoy a glass of sherry or cup of tea and homemade cookies on the porch or in the parlor. We look forward to providing you with the perfect home away from home!